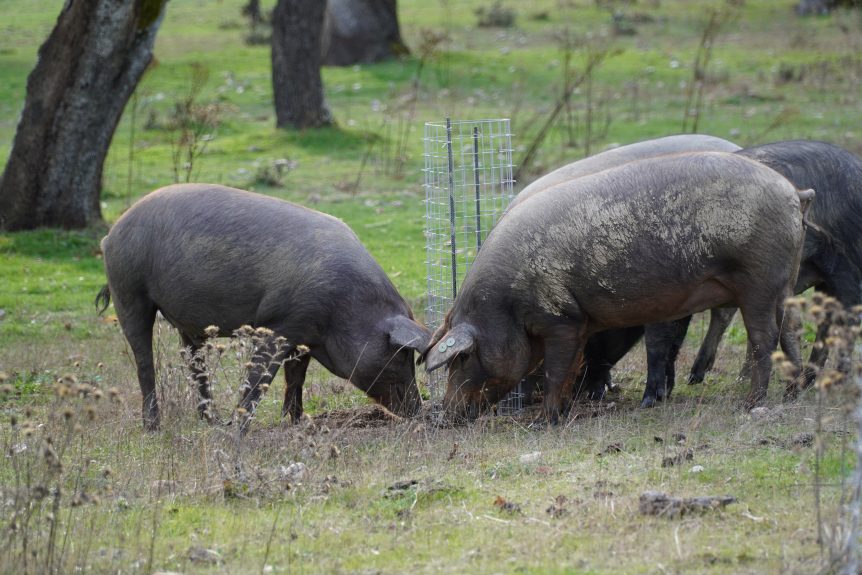 This week, the Volterra team travelled to Castilla y Leon to begin implementation activities in the Salamanca demonstration areas.

In the low density areas of Cubo de Don Sancho and La Alamedilla, mycorrhized trees and shrubs were planted for multiple purposes:

In total, 207 trees (Quercus ilex, Q. pirenaica, P. pinea) and 25 bushes (Cistus ladanifer) were planted. C. Ladanifer is especially valuable becuase of its beneficial relationship with high value truffles, which thanks to prior mycorrhization may fruit in the next 5 years).

Survival aids were used such as the cactus, which protects trees from being eaten, and cocoons which store and provide water for the first year of the plant’s life.

In the high density area of Linares de riofrio the Project contemplates thinning with spore oil: Selective thinning is similar to careful pruning – it can stimualte healthy new growth. It also serves to remove some biomass from the area, reducing the amount of combustible biomass which could burn in a forest fire. The spore oil serves two functions:

Volterra completed thinning a section of the forest which was begun by the Junta de Castilla y Leon, removing pine trees, to give more space to the oak and chesnut trees. Thinning was carried out with spore oil on the chain saw. The area is a chesnut forest of high value that is affected by chestnut blight. The idea is that thinning and increasing the fungal population (through the spore oil dispersion) will make this forest more healthy. 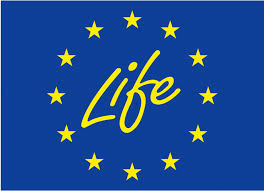